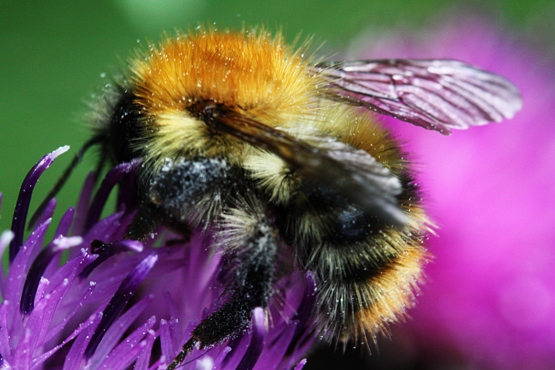 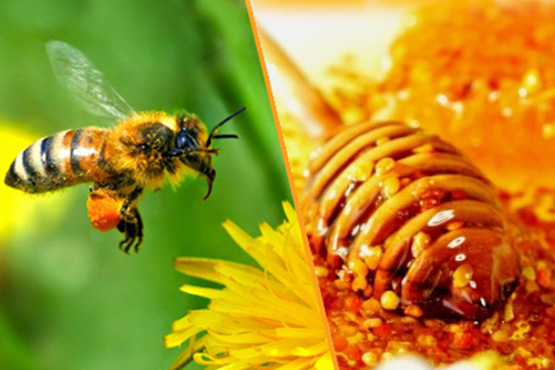 While bees are beneficial to the environment, if they decide to take up residence in your eaves or around your home, they can quickly become a nuisance or a hazard to your family and your neighbors. Attempting to treat bees or to remove a bee hive on your own will most likely prove to only temporarily solve your problem and can be extremely dangerous. It is always advisable to call in a trained professional when bees are present.

Our trained professional can treat anything from a bee swarm to an established hive. If there is no hive present, we will exterminate the bees and seal the access points to prevent any bees from trying to becoming established in the same area in the future. If there is a hive present, then it is highly recommended that the hive is removed to prevent damage to the home and to prevent the attraction of other passing bees.

If the bee hive needs to be removed from a wall or other enclosed space, our trained professional team can open the area, remove the hive, and do the repairs. We have a general contractor’s license so you know the job will be done right.

Bees, Wasps, and other Stinging insects Names / Descriptions
Honey Bees
Honey Bees are oval shaped, around ½ inch in length with yellow and brown bands. They are a social insect and can be aggressive and dangerous while defending their nests, but docile while foraging. They can only sting once and then die but they attack invaders in large numbers. They are one of the most beneficial insects due to their pollination of over 100 crops and plants.

Carpenter Bees
Carpenter Bees resemble a black bumble bee. It is large and intimidating but they are not social insect and do not defend their nests. They can be destructive while boring into wooden posts, rafters, siding, etc. but are not aggressive and pose no real threat.

Paper Wasps
Paper wasps are generally around ¾ inch to 1 inch long, have segmented bodies and usually yellow and brown striped. They make their nests by mixing spit and tree bark and build a multi celled nest under eaves, rafters, and door frames. They are not aggressive unless their nests are disturbed

Mud Daubers
These wasps range from ¾ inch to 1 inch, and are sleek and generally black. They make their nests out of mud and normally attach them to walls, eaves, and doorframes. They do not live in colonies and are not social. They do not defend their nests and do not really pose a threat.

Yellow Jackets
Yellow Jackets are very similar in appearance to wasps and typically have a yellow and black head and a patterned striped abdomen. They nest in the ground or areas like eaves or attics. They can be dangerous to humans because they can be aggressive and sting repeatedly.

Hornets
Hornets are similar to the paper wasps in appearance but tend to be slightly larger. They build large paper nests that can be ball shaped when hanging from a tree branch or attic or flush against a wall or a hollow tree. They are very aggressive while defending their nests and are considered dangerous to anyone or anything disturbing their nests